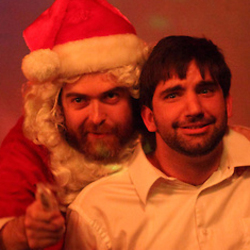 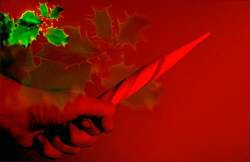 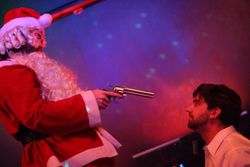 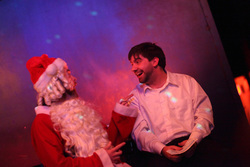 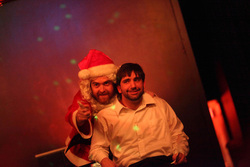 It’s 4am.
It’s the Cleveland International Airport.
It’s Christmas morning.
It’s been a rough night for Santa Claus, who finds himself with a broken sleigh and a middle seat next to the bathroom on the red eye up to the North Pole.

Enter Drew, a world-weary traveller who wants nothing more than to get back to his beloved after a long business trip. But Santa has other plans; now Drew finds himself in the uncomfortable position of deciding whether to save Christmas.. by killing a man.

We’ll also be performing this piece as part of Brat Productions’ BSC Cabaret, November 29th, 7pm, at the Trestle Inn